Default Tablespace Encryption In The Clouds?

Database In Memory presentation from the ilOUG SIG meeting 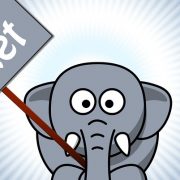